In mid-April, for just one day, Google opened their Glass Explorer programme to any purchaser in the US. I took the opportunity to get one shipped to my US office, and on Friday my CEO returned to the UK bringing my package with him. So what is it like?

First impressions are good – Google, like many technology vendors, seem to have taken a leaf from Apple’s book when it comes to packaging and the “unboxing” experience. Glass comes in a sturdy white box which slides open to reveal the device sitting in a thick cardboard tray decorated with helpful labels.

The rest of the packaging consists of a grey fabric carrying pouch, USB charging cable and adapter and a neat little mono earbud that can plug into the bottom of Glass. Without this all audio is conducted into your head via the device itself – which means those around you will hear the odd “pling” noise as Glass struts its stuff.

The important parts of Glass are all arrayed down the right hand side, from the battery pack that sits behind the right ear, to the sensor array across the temple, and finally the tiny prism that sits at the front just above the right eye. Adjusting this was a challenge to start with – partly because I’m wearing Glass over my existing spectacles. The prism can be adjusted on a small hinge, doing so causes the “screen” to float left and right in your view. It took me a few goes to find a position where I could focus on the entire thing.

The prism is designed so that Glass sits above your eye line and is visible when you glance up into it. This isn’t some Borg apparatus that obscures your eye completely, and since I’ve been wearing glasses for 10 years, it is very easy to forget that I’m wearing Glass at all.

I was asked on Friday: “What’s it for?” and my response then, as now, is “I have no idea.” I got Glass in order to find out. Configuring it so that I can wink to take a photo generated some controversy in the office. And this is one of the most interesting things that’s already come out of playing with this technology: the response of other people. Words like “creepy” and “surveillance” are wielded by many – so far almost always followed by “Can I have a go?”. 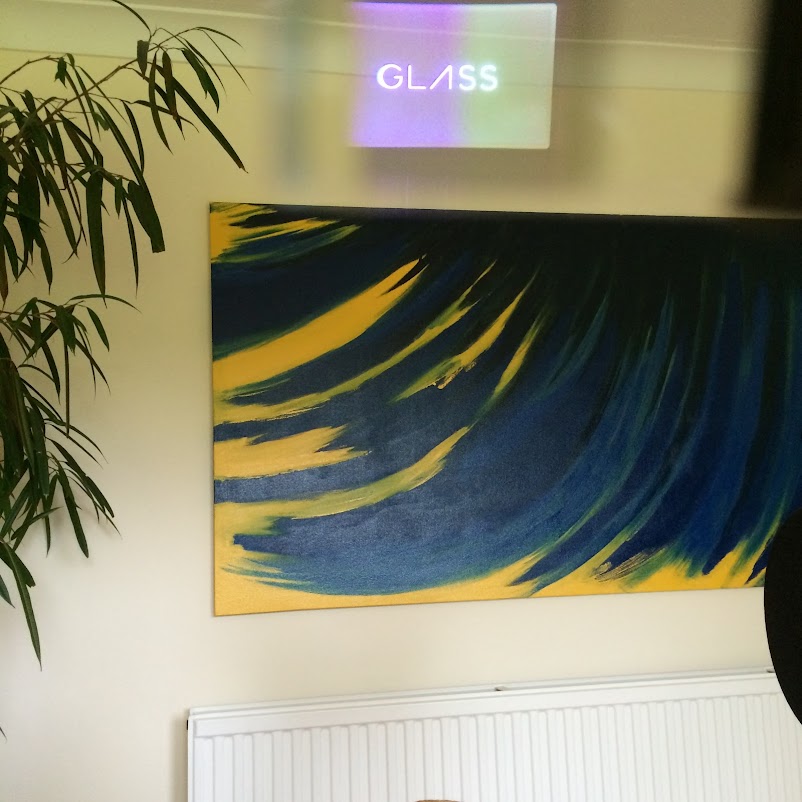 Waking Glass up is as simple as tilting your head up a little or tapping the sensor on the temple. I’ve calibrated Glass to wake if I tilt my head up around 20 degrees. The default screen shows the current time with “ok glass” below it – a reminder of the voice prompt that allows you to give commands to Glass. Wearing it out and about on Saturday I quickly became accustomed to glancing up like this to see the time instead of picking up my phone.

The software is clearly still Beta; it crashes and stalls often, and the device itself has a thermal cut off to stop processes when the device gets too warm. This happens pretty often if you’re paired with a mobile phone for data (Bluetooth) and are recording video. Glass has about 12GB of storage for apps, pictures and videos and will back up your data to Google whenever it has power and a WiFi connection. 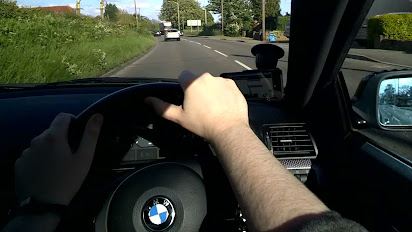 I wore Glass on the drive home on Friday evening and allowed it to record my point of view as I drove, and while a passenger on Saturday I used it to give me directions while Lindsay drove. I’ve Tweeted from it, called people from it, read my email and been part of Google Hangouts with it – thanks to my friend Richard for putting up with endless test messages!

Obviously the software is very tightly coupled with Google’s services. Using a companion app on the iPhone I paired it with my Google account permitting it to save photos and videos into my private Photos area. The app is rudimentary, allowing you to enable additional apps on Glass as well as performing vital functions like connecting it to WiFi. The WiFi setup is the first sensible use of QR codes I’ve ever seen. Setup the WiFi details on your phone which generates the QR code, one glance at it with Glass and you’re online. Neat.

I still don’t know what Glass is for, but I’ll be wearing it a bit longer and will investigate the many apps available as well as trying out the SDK myself.