Michele was keen to understand more of the detail around the kit I have configured in the house. As I described the various systems and their interactions he was mentally totting up what he’d need to spend in his house. This should probably make Giovanna nervous.

We realised after a while that it was easy to lose track of what device interfaced with which system, and what you needed to buy separately vs what came in the box. So to help a bit I promised to draw a diagram of the major components and how they talk to each other. Here I present, in awesome high-fidelity Durdle-vision, a rough idea of the scope of my devices and how they interact!﻿ 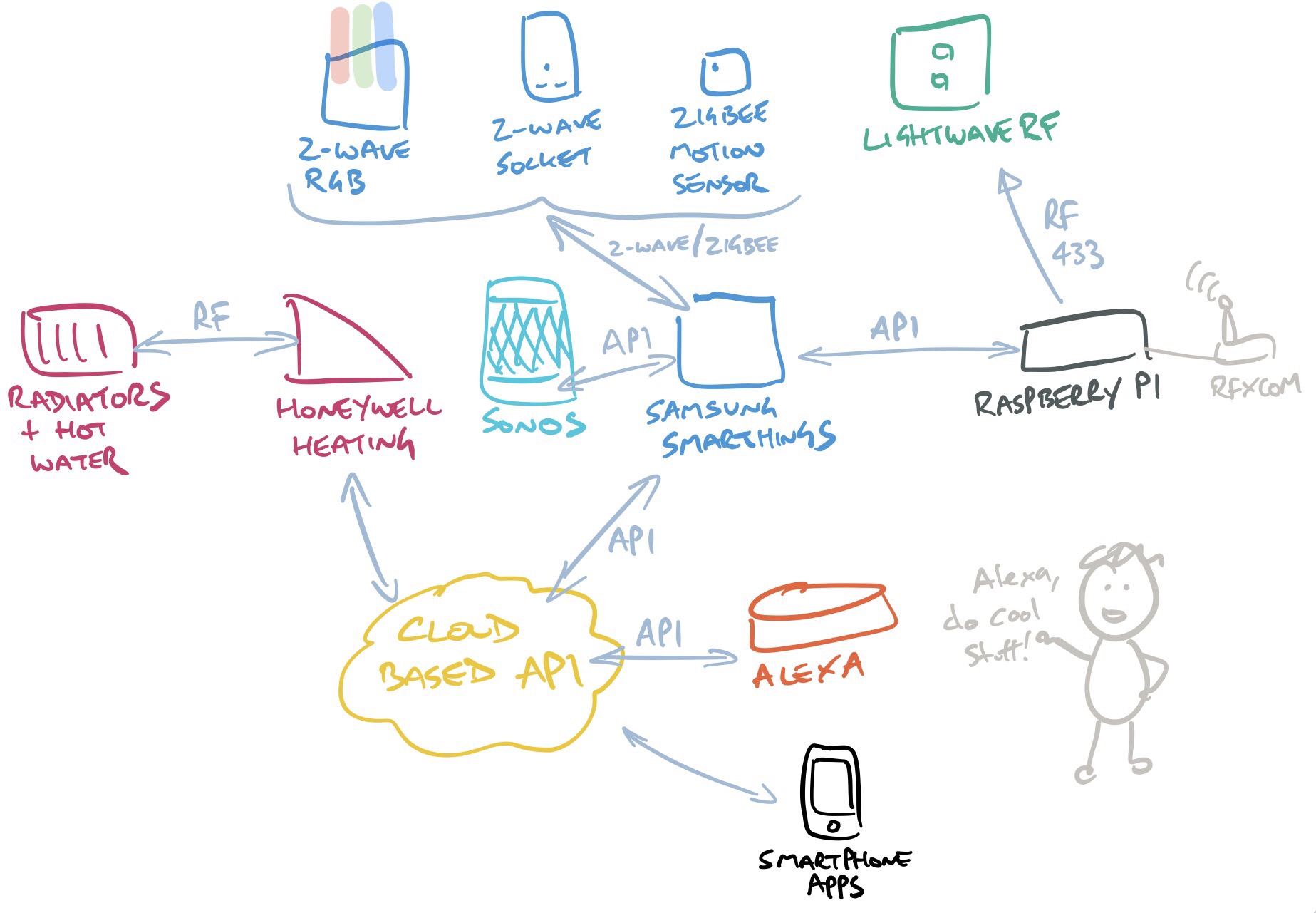 Michele and I concluded, by the end of today’s walk, that for around two thousand pounds you can integrate heating, lighting, smart phone control, presence detection and Alexa voice control in the average sized house. That’s including the cost of a plumber to do the fiddly bits of engineering for you.

We’re living in the future: go out and get automating!